The heat and sunshine has brought the garden on in leaps and bounds this week but keeping up with the watering is a bit of a nightmare. The acid lovers that I have in pots are having to be watered with our hard water. I hope they forgive me. It’s been difficult to choose, but here are my six for this week.

1. Crambe cordifolia. I grew this from seed many years ago. It seemed to disappear for a few years but had a resurgence last year. The leaves are rather coarse and almost spiky but that doesn’t deter the slugs and snails at all. The flowers are amazing (a bit like Gypsophila’s big brother) and the stems then remain for months with small berries on.

2. Another white flower, this is Ammi (I can’t remember if it’s visnaga or majus). I first read of this in a Christopher Lloyd book. It’s very elegant and flowers for a long period. I think the heat has made them shoot upwards and flower rather than branch more first. 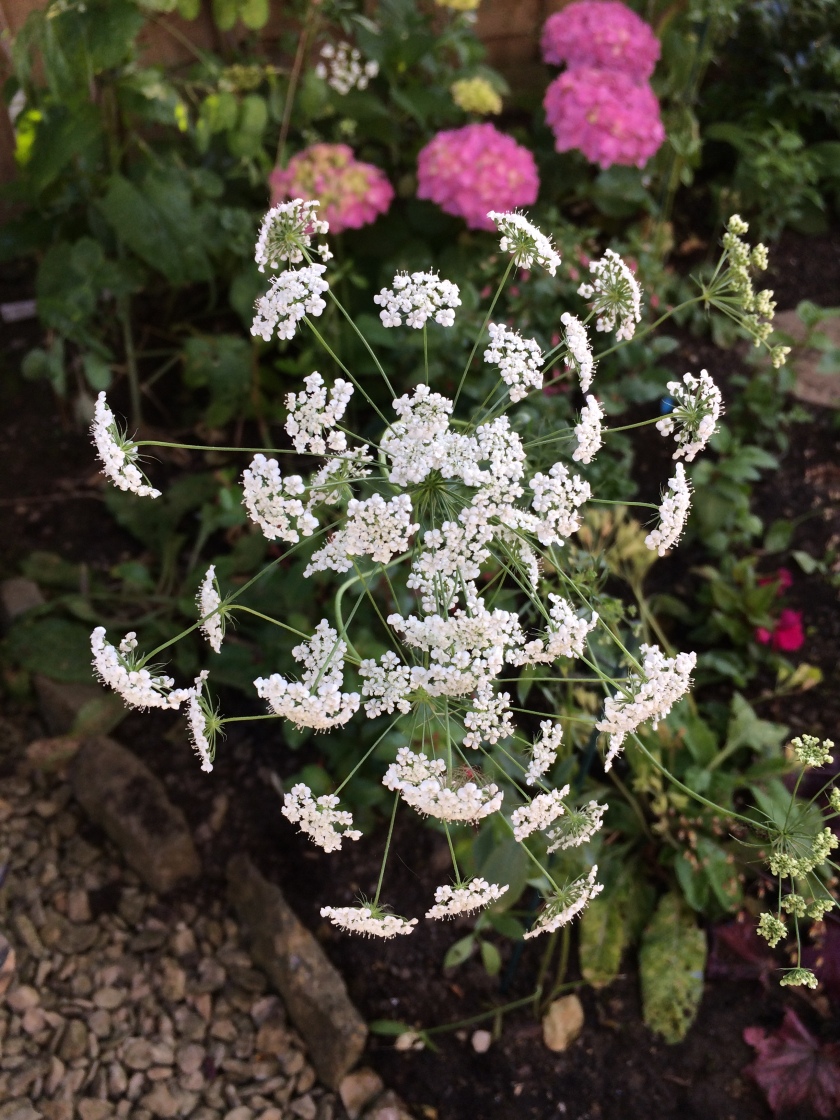 3. Last white flower for this week, a Leucanthemum I think – it used to be in my Dad’s garden and I know it as a Shasta Daisy. Again, it’s a bit taller than usual.

I deadheaded  the Foxglove in the background after I looked at the picture!  The strong winds a couple of weeks ago bent them all over. I couldn’t bear to cut down the ones that hadn’t snapped.

4. In early spring I succumbed to an offer from a well known on line nursery for some very inexpensive perennials. Some are now in daughter’s garden and I filled gaps in my garden with the rest. Some will have to be moved in the autumn but the colour of the flowers of these Verbascum match the foliage of  Physocarpus ‘Diablo’ perfectly. I’d like to say it was planned but….. 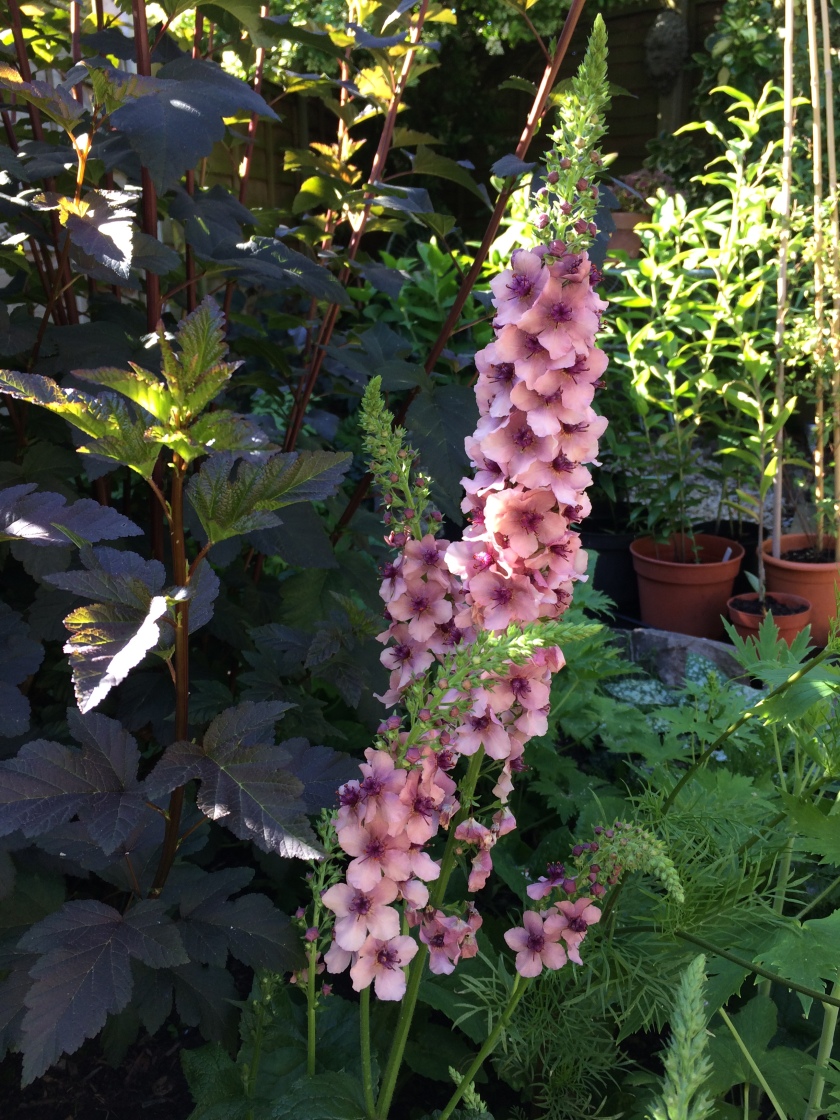 5. Two beautiful Clematis growing together up an obelisk – Blue Angel  (the darker one) and a forgotten name one.

6. The lovely beasties have finally arrived. The first ones I’ve seen in my garden this year. Hopefully, there’s many more as they’ve a lot of aphids to get through.

That’s my Six (I hope it all looks okay as I’ve used my phone and it put up a fight). I can’t believe it’ll be July for the next one! Don’t forget to check back to our hosts site for your weekends reading.