Autumn has well and truly arrived this week with a couple of frosts, high winds and rain. It’s  starting to look a bit sad in some parts of the garden. I picked the last of the dahlias (knocked back by the frost but not blackened) and the chrysanths in the week. I must try to get the remaining bulbs in tomorrow! I’m sure they’re multiplying in the bags. I had very serious garden envy from other people’s posts the week before last but here’s what’s still looking reasonable in my little patch.

1. I know it’s appeared in other people’s posts but Salvia ‘Hotlips’ just keeps going. I’ve a couple in the garden and intended digging them up and overwintering them in the greenhouse. I’m tempted to leave one in the ground to see what happens. This one is with Salvia ‘Amistad’ 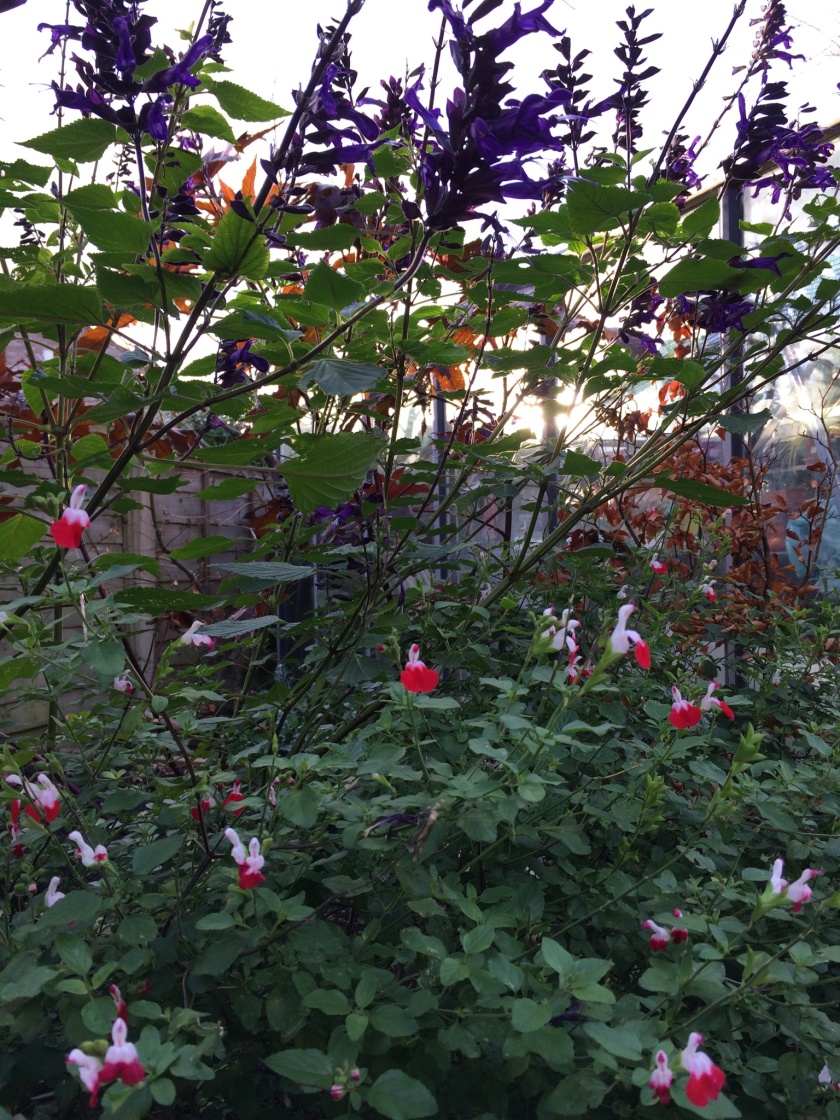 2. A Hydrangea, not sure on variety as I was given it as a cutting a few years ago. It flowered well earlier in the season but has started again quite enthusiastically

3. I left a group of Cannas in the ground last winter – not deliberately, more forgetfully. They appeared above ground quite early this spring but the slugs and snails feasted on them several times. They eventually managed to get to a reasonable height though. Now that I’m thinking of digging them up to overwinter them they’ve decided to flower.

4. I love Heucheras. They mostly do well in my garden although some get a bit crowded out due to too many plants in too small a space. This one is ‘Lime Marmalade’ and it’s such a bright splash of green, even at this time of the year.

5. Sorbus  aucuparia ‘Autumn Spire’. I planted  this last autumn as it enables me to have another tree, this time  with autumn colour, that doesn’t take up too much room. It’s only got a couple of berries on but that will, hopefully, improve as it settles in. It definitely has a spire-like habit and the leaves have stayed on well 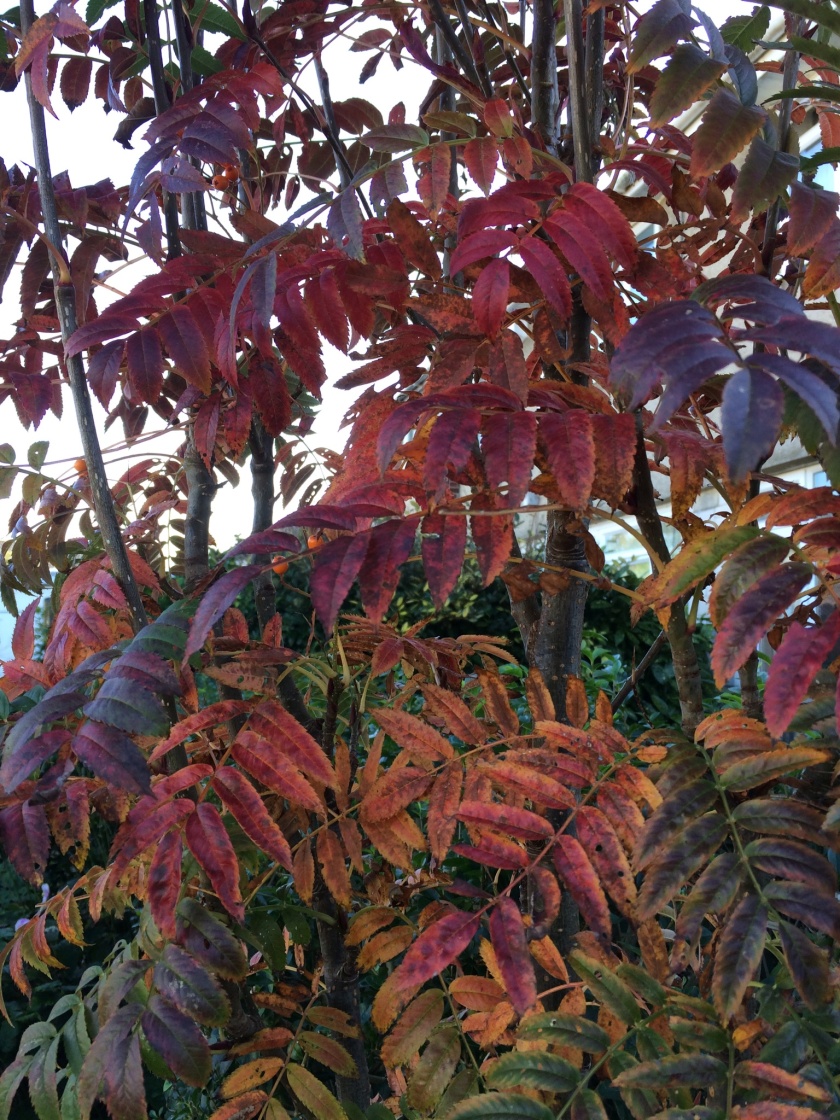 6. I don’t know my fungi names at all but these bright orange toadstools(?) have appeared in several places in the lawn this week. The photo doesn’t really do justice to their bright colour. They also look wet even when it isn’t!

That’s my lot. Thanks to The Propogator for hosting Six on Saturday. I enjoy reading all of the posts.

This is a text widget. The Text Widget allows you to add text or HTML to your sidebar. You can use a text widget to display text, links, images, HTML, or a combination of these. Edit them in the Widget section of the Customizer.
Loading Comments...
%d bloggers like this: